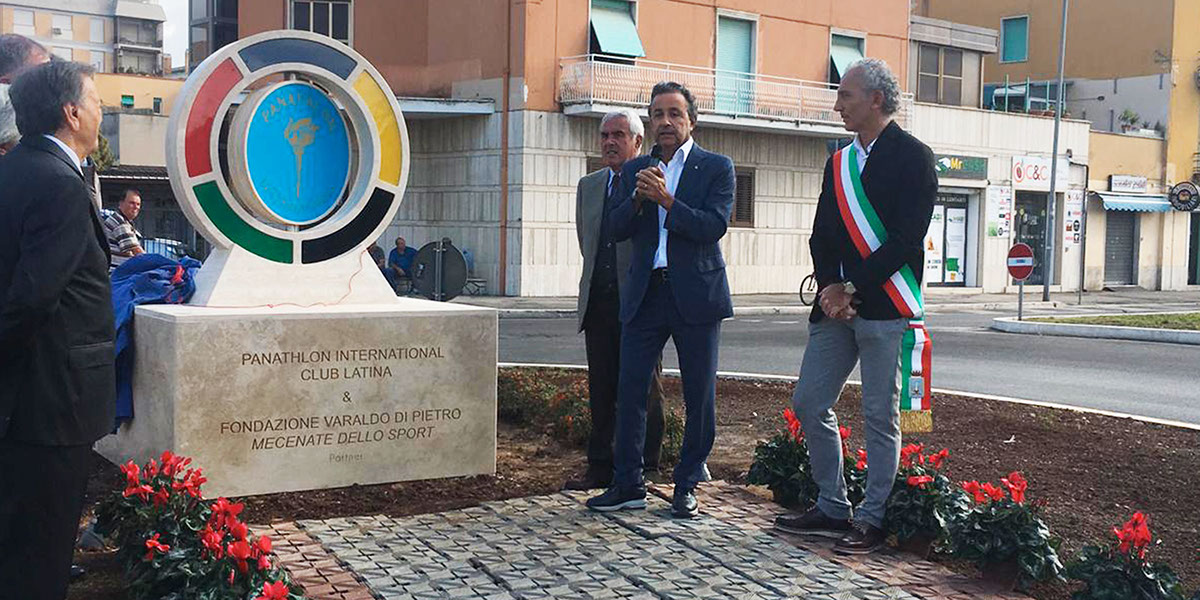 On 26 October 2018 the Foundation was the protagonist of another important event: the inauguration in Latina of the first monument, in Italy and in Europe, dedicated to Fair Play.

The initiative was carried out in partnership with Panathlon, the international association whose purpose is the affirmation of the sports ideal and its moral and cultural values, as a tool for training and elevation of the person and solidarity among men and of peoples, and whose objectives are certainly close and can be integrated with the aims pursued by the Foundation.

A marble monument has been created that represents the very symbol of Panathlon and of the sports fair play, which was placed in the road roundabout at the convergence between via dei Mille and viale Vittorio Veneto, near the Domenico Francioni Soccer Stadium.