Zanetti, a model of Life

HomeZanetti, a model of Life 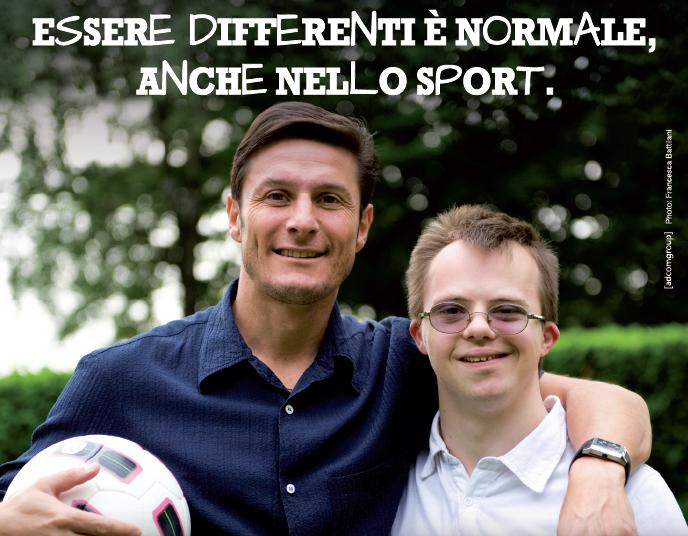 He is a truly champion in and out of the field. Always a supporter of the Inclusion Revolution, starting with sport. Javier Zanetti, historic Inter captain has always participated in inclusive activities, not only about sport, since 2011 when he was the Campaign against Discrimination testimonial.

On that occasion he said “The winning actions come by those who least expect them”, because sport allows children, through healthy competition, to get involved and interact. Sport does not admit differences and it is an instrument of social integration”.

This is also demonstrated by the results achieved by athletes with Down syndrome such as Silvia Preti, world record holder in the javelin throw in C21 (the sports class dedicated to agonists with Down syndrome) and Paolo Alfredo Manauzzi, world swimming champion.

What to say, Javier Zanetti an example of life and a perfect Patron of Sport!